Please select your location below to get a shipping quote. 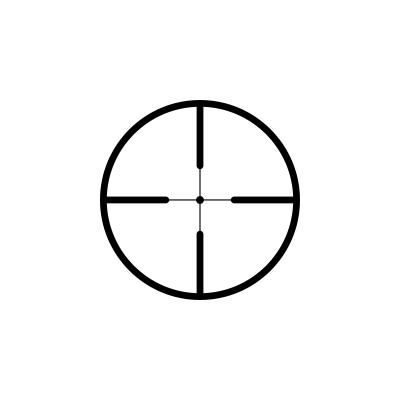 Extraordinarily comfortable and genuinely elegant, advancing both efficiency and ergonomics for self-defense handguns in ways never thought possible before. PPQ 22 is the ultimate definition of effectiveness.

Walther delivers one of the most satisfying shooting experiences yet with the incredibly proficient PPQ 22 M2. This handgun features all the outstanding benefits of the PPQ series in a convenient rimfire caliber. The platform uniquely allows PPQ owners to utilize standard PPQ 9mm holsters for practice at the range, at a fraction of the ammo cost! The PPQ 22 provided the same ergonomics, controls, and feel of the trigger. This rimfire exhibits all the high-quality performance that the PPQ series is known to have.

Designed for right and left-handed shooters, the PPQ 22 features an ambidextrous slide stop and reversible button-style magazine release. Premium features such as adjustable elevation sights and a threaded barrel make this pistol an indisputable leader in its class. This pistol is Walther ingenuity in action.

Add to Cart for price

Great full size 22, great to train or plink. 200 rounds thru it right out of the box, not a hiccup.

I just purchased a PPQ 22LR a few weeks back and have spent some time shooting it and working on it. Here are my thoughts regarding this gun.

The gun is very light in hand weighing in at a little over 19 oz., now being I have all the PPQ 5 SF PPQ and PPQ 4 SF guns this is very light in hand and feels a little like a toy. The look and grip of the gun feels almost exactly as my PPQ 5 polymer and fits my small hand nicely. There is no interchangeable back strap for sizing so you get what I consider a PPQ 5 medium grip with similar texture.

The trigger does not feel like a PPQ at all and the gun I received had serious issue with a pull weight of around 6 plus lbs and a serious snag point in the pull. Being the type of person who loves working on guns as much as shooting them I promptly dissembled this gun into all it parts to determine what was goin on. I spend quite a bit of time polishing up much of the trigger bar and a lot of time at the interface between the trigger bar and internal safety lift pin Part #11 in digram below. I found this design to be marginal at best as the angle is so sharp it's almost impossible to get the flat pin to go up towards the slide via trigger bar smoothly. I was able to get it to a point I was happy with and moved to other issues. The next point of issue was the interface and the small extruding pin on the sear where it interfaced with the trigger bar, again a lot of polishing was required to remove any snag points. One additional part I spent time with the stone and polish was the firing pin safety part #29, same as the others rough and caused drag during the pull. After all this work the pull weight was then around 4.8 lbs which is about what is advertised by Walther as pull weight of 2,200 grams. So, pull weight as avertized but only after a lot of work by me to get there. Now, if you wanted to go lower in trigger pull weight you could reduce the hammer main spring and maybe reduce the striker spring so the function is good but shear is reduced but I had no matching springs in my supply to try this out and determined the outcome was not worth any additional cost at this time.

The slide worked very well on the gun and no other issues were noted in this gun.

I took the gun to range and put 150 round through it with zero issues, it was really fun to shoot and dead accurate, I was very surprised as I was more accurate with this gun then my Q5 SF Pro. at 50 feet I put 6 out of ten in a two inch group and three other within 3 inch and one pulled at 5 inches. I also have a Walther P22 but I think this gun is more fun to shoot and after my work functioned great. I was shooting CCI Lead Flat Nose 40 grain ammo. I normally shoot FMJ but this is all I could find during the great 2020 ammo shortage. I didn't really like the rear sight on this gun and though the notch was to wide for the front sight. So being I have several SF rear sights in the box being replaced with optics I have now installed the SF rear manual sight on this gun. Now you would think the Engineers would make the dovetail the same on this 22LR as the SF or Q5 but hell no, the slot was .010 inch smaller so I had to use a tiny 45deg file to modify this sight to fit the slide. It fits great now and I've ordered a .100 Walther Q5 front optic at .180 height and will install when it arrives. I think after this I will stop fooling around with this gun and just enjoy shooting it.

Overall, I'm very happy with my purchase now and will rotate this gun to the range for the fun factor from time to time. The feel of the grip is just like the Q5 and I had no issue reaching the trigger with my small. hands. This would be a great gun for the wife that hates a heavy gun with recoil as this little tiger had neigher.

Write your own review